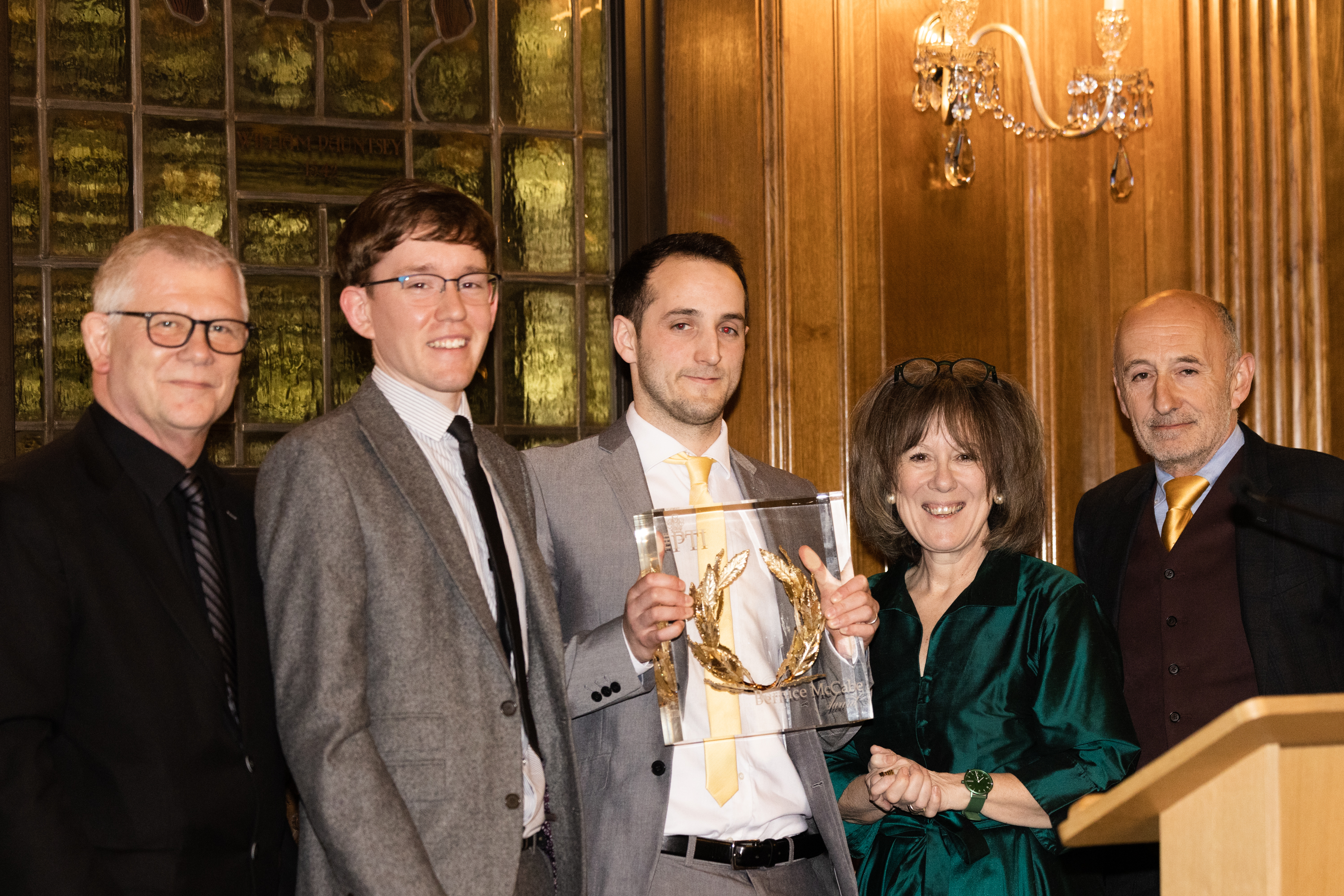 The Mathematics Department at Leeds West Academy in Leeds was announced as winner for the Bernice McCabe Award last night at the Mercers’ Hall, London. Bernice McCabe OBE, who passed away in February 2019, was the founding co-director of the PTI and believed in the transformative power of inspiring subject teaching.

The Award celebrates excellence in subject leadership in schools, recognising departments that put quality subject teaching at the heart of the classroom. A £5,000 prize and trophy is awarded annually to an exceptional department which demonstrates the ethos and values of the PTI through their work within and beyond the curriculum.

The Mathematics Department at Leeds West Academy has been announced as winner for its exceptional leadership and impressive teacher subject expertise. Consequently, pupils have developed an enthusiasm for mathematics which has led to a significant increase in students taking higher tier GCSE mathematics, and improved exam success. The department’s passion and energy has led to a significant number of pupils participating in voluntary Saturday mathematics sessions.

Richard Jagger, Curriculum Leader of Maths at Leeds West Academy said: “Leeds West Academy's Maths Department has been working towards developing and delivering a highly ambitious curriculum, which over the past three years has seen the Maths results and student engagement continue to grow. The PTI has offered invaluable support and guidance to the entire department, offering fantastic Maths CPD alongside thought provoking sessions with like-minded leaders.”

Carolyn Roberts, Co-Director, the PTI said: “The PTI is delighted to announce the Mathematics Department at Leeds West Academy as the winner of the respected Bernice McCabe Award. "Schools up and down the country have tirelessly supported their students during the pandemic in making sure they have received the highest standard of subject teaching from beginning to end."

Judges were particularly impressed by the subject confidence and enthusiasm of students of all aptitudes as a direct consequence of the teaching quality and commitment of staff at the school. Students said: “Teachers have helped me to see that I understand and enjoy maths. They manage a perfect balance between independence and support and the Saturdays sessions don’t feel like work."

The trophy awarded to the winner was designed by award winning designer, Sophie Conran, and will be passed onto future winners annually. The prize money is used to advance the values of the PTI within the winner’s school, fund travel to visit other schools and disseminate the work which has been recognised by the Award.